Effective negotiation skills are becoming increasingly important in a modern world characterized by rapid change, globalization, and diversity. Whether you are a professional closing a major deal, an expert handling a crisis, or a manager attempting to negotiate an intra-organizational conflict, a strategic approach to negotiating that leads to productive agreements is critical for continued success.

Expert negotiators select appropriate strategies and tactics to respond efficiently and effectively to constant changes, challenges and opportunities for generating optimal settlements. This workshop will equip you with the same tools; focusing on skill-development it will provide an overarching strategic negotiating framework and approach that is flexible to suit each individual style, skill-set, and situation. While sound concepts offer a foundation for effective negotiating, thoughtful application and repeated practice are central to becoming a successful negotiator and strategic negotiating skills need to become a habit. 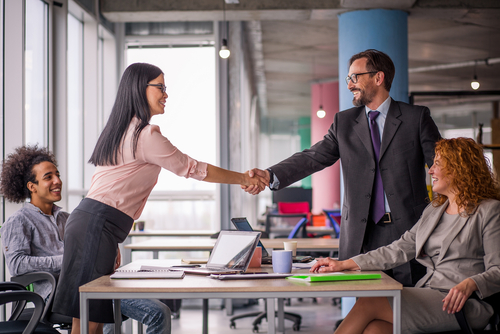 What You Will Learn

Learning negotiating skills is best achieved through practice. This workshop will combine a mix of exercises, presentations, videos, discussions and debriefings.  You will be negotiating with colleagues to test and apply what you have learned. Group discussion and analysis will help determine what went right, what went wrong, why, and what can be done better next time.

Day One: The 3D Framework and Effective Table Tactics

This course is recommended for those who engage in negotiations of any kind – contracts, collaborations, sales, procurement, labour arrangements, strategic alliances, joint venture deliberations, promotions, etc. It is designed for people in private and public organizations regardless of the scope and scale of the negotiations they encounter. All professionals (analysts to senior managers) who have to deal with situations where different interests, preferences, and goals are at play will benefit from the structured framework offered to approach negotiations. This practical course will benefit:

*Discounts cannot be combined with any other discount or special offer. 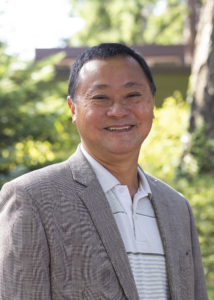 Ignace Ng teaches in the areas of cultural intelligence and leadership, negotiations, and human resources management to undergraduate, graduate and EMBA students.  He has received several teaching awards, including the 2009 UVIC Business Outstanding Teaching Award of Excellence.  His 2007 Teaching Innovation Award of Excellence was in recognition of his various programs designed to enhance the cultural sensitivity of participants as well as bridging the cultural gap between various cultural groups including Malaysians, Chinese, Taiwanese, Austrians and Canadians.   In addition to the University of Victoria, Dr. Ng has taught at the University of Saskatchewan, the Chinese University of HK and the National Sun Yat Sen University (Kaohsiung).  Further, Dr. Ng has presented at numerous institutions/conferences in Canada, Japan, Korea, Taiwan, Thailand, Hong-Kong, China, Singapore, Malaysia and Macau.

His current research in interpersonal networks has led him to explore gender differences in networking as well as the performance impact of networking.  His research has been published in the International Journal of Human Resource Management, Gender and Management, and Organizational Studies.  His work has also appeared in the Canadian Journal of Administrative Sciences, Asia Pacific Journal of Management and Journal of Business Ethics.

Dr. Ng has also worked on several CIDA projects in Northern Malaysia in the areas of rural business development, knowledge transfer and micro financing.  His involvement included negotiating with, and training, government officials, village chiefs as well as professors from the University of Northern Malaysia.  He is currently involved in negotiating degree and executive programs with several Chinese Universities on behalf of Gustavson School of Business.

Earning your PMI certification is a big step, maintaining it doesn’t have to be. Attendees to this program are entitled to 14 Professional Development Units (PDUs) from the Project Management Institute (PMI) ® upon completion.

Attendees to this program are entitled to 14 Professional Development Hours (PDHs) verified by the Engineering Institute of Canada (EIC).

Instructor was very knowledgeable and explained all the concepts clearly. Very useful information that I could implement right away.

It is very rare that I feel completely fulfilled by the course. It was very insightful and much value was extracted.

Very practical I would highly recommend this course and instructor.

Great course and useful for my job – would recommend!

I negotiate deals for my job. This course was very helpful and will provide me new tools to do so!

This course takes place at:

​To discuss this course further: